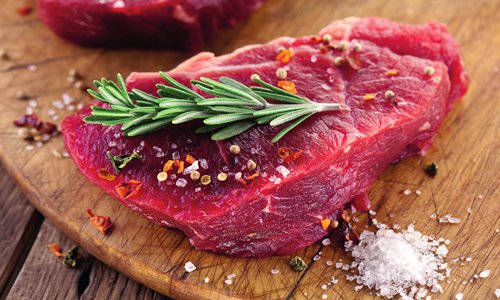 Some Chinese entertainers’ promotion of people adopting a vegetarian lifestyle on social media recently met with widespread criticism and mockery online, as many netizens claimed such a lifestyle is not healthy for the public, and they decried the celebrities’ blind worship of the West.

Zhang Jingchu and Tao Hong, both well-known Chinese actresses, appeared in a 45-minute documentary, during which they promoted the idea that eating vegetables is healthy while eating meat is cruel and unnecessary from a nutritional perspective.

“If you eat that piece of beef, it’s like driving a car for 60 kilometers and you can feed 30 vegetarians on the same piece of land, while you can only feed one carnivore,” the documentary said, connecting vegetarianism with reducing carbon emissions.

The stars and the video gave many positive labels to vegetarianism, calling it fashionable, healthy and green, while calling meat consumption barbaric, bloody and destructive.

Meanwhile, it meets with wide criticism on the internet, with many netizens saying that a vegetarian lifestyle is not good for people’s health, and “many sources of nutrition that are contained in meat and fish, such as vitamin D, cannot be replaced by vegetables. Lack of these nutrients can lead to problems like anemia, impaired taste and weakened immunity,” one netizen pointed out.

Others believed that being a vegetarian or not is a personal choice. Just because a few celebrities choose such lifestyle does not mean everyone has to follow suit, and it’s inappropriate for public figures to promote such an “unhealthy lifestyle.”

What the video calls for is extreme vegetarianism, and it is an attempt to seize public opinion and obscure the national food policy with incorrect, extreme and non-mainstream vegetarian nutritional theory in order to create social confrontation, many Chinese netizens commented.

Some extreme environmentalists in the West have a problem with people eating meat in China, even claiming that every time a Chinese person eats a piece of meat, “a puff of smoke rises from the Amazon forest.”

Shen Yi, a deputy director of the Fudan University Cyberspace Research Center, told the Global Times on Wednesday that stars’ calls for a vegetarian lifestyle represent “blind worship” of Western values and views.

“They were just deluded by some heresy. Some Western countries do not want to give up their luxurious lifestyles, driving cars with large engines and eating beef, but they ask developing countries to change to let them maintain their lifestyles,” Shen said.

China’s per capita meat consumption is only 44 kilograms, much lower than 101 kilograms in the US and 89.3 kilograms in Australia, The Paper reported.

Several science channels also became mired in controversy after they tried to persuade Chinese people to consume less seafood. Some netizens later found that there were some anti-China forces behind those channels.

Later, netizens found former employees of one of those channels, Paperclip, had made anti-China comments on their overseas social media accounts, and one of them now works for the US Army Research Laboratory.

The platform later apologized for failing to oversee its former employees’ online comments, and it then suspended updates.