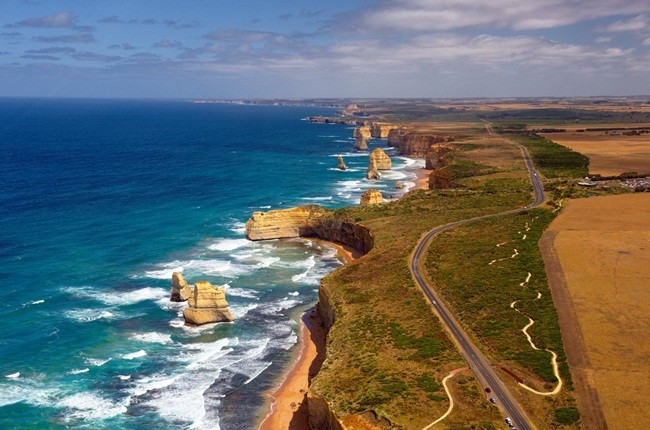 In no particular order, here’s a list of eight amazing regions to include on your trip to Australia.

Are you planning a trip to Australia? Well, you’ve made a great choice! Australia is a beautiful country with many different attractions that make it a prime travel location.

Australia is full of different sites, landscapes, and wildlife to see. It’s no wonder that the country attracts people from around the globe, including both backpackers and people going on holiday. Naturally, if you’re traveling to Australia you’ll want to see as much as possible while you’re there. There are so many things to do that it may be difficult choosing just a few. Fortunately, you’ve found this article.

In no particular order, here’s a list of eight amazing regions to include on your trip to Australia.

1. The Kimberley Region
Situated in Western Australia, the Kimberley region has one of the world’s lowest people per square kilometer count. Explore Australia’s Kimberley region to see some fantastic beaches along the coast, gorges, horizontal waterfalls, ancient domes, and more. Some of the wildlife found here include crocodiles, birds like Brolgas and Jabirus, snakes, dingo’s, bandicoots, bilbies, and echidnas.

2. The Great Barrier Reef
No travel list to Australia will ever be complete without a visit to the Great Barrier Reef. Located off the coast of Queensland, Australia, the Great Barrier Reef is the largest coral reef on the planet. It’s simply massive, formed over millions of years, the reef is made up of thousands of smaller coral reefs. Today, it’s among the earth’s biggest, most complex, and most diverse ecosystems. You can explore the reef via various boat tours spanning a day or several days.

3. Uluru
The Uluru-Kata Tjuta national park is one of the most recognizable landmarks found in Australia. It has profound cultural importance and is owned by the Anangu Aboriginal people. Uluru is a big, red rock, taking the spotlight as the park’s main attraction. Found in Australia’s Northern Territory, Uluru is one of the ultimate bucket-list destinations for travelers and adventurers. There are many ways to enjoy Uluru. Aside from seeing the giant red rock formation, you can partake in other activities such as camel riding. Doesn’t that sound like quite an experience? 4. Great Ocean Road
Great Ocean Road is often regarded as one of the top scenic drives in the world, located around Victoria. The road trip is renowned for its exposure to various sites such as beaches, winelands, and forests. Its construction is dedicated to those who lost their lives during the second world war and was finished in 1932 by returning WWII veterans. There are multiple attractions and accommodation spots along the way, or you can stop to enjoy a day in the sun at the famous Bell’s Beach, which also happens to be a popular surfing destination.

5. Kings Canyon
Kings Canyon is situated in the Northern Territory of Australia. Like Uluru, it’s also one of the area’s main attractions. Beautiful scenery, including the canyon, cliffs, and rock formation that formed hundreds of millions of years ago, are some of what you’ll see here. The best way to explore the region is with the help of a guide. You’re sure to enjoy a visit to Kings Canyon, but be aware of the heat and harsh climate before setting on your journey. It’s recommended to pack ample sun protection and water.

6. Kangaroo Island
When thinking of Australian wildlife, the kangaroo is one of the first animals most people think of. These adorable and magnificent creatures are indigenous to Australia, as most learn during early childhood. Who wouldn’t be interested in visiting Kangaroo Island? It’s situated a little off the coast of South Australia and is a prominent tourist destination. Of course, you’ll see kangaroos here, but you’ll also be able to see other wildlife like penguins, sea lions, and koalas. Kangaroo Island is an excellent destination, especially if you’re going on holiday with your kids.

7. Sydney
Probably the most well-known city in Australia, Sydney deserves a spot on this list. The famous harbour, wonderful beaches, the Sydney Festival, kayaking, boat tours, and the must-see Sydney Opera House are only a few of the things that make Sydney one of the most prominent landmarks to visit in Australia. You also have the option of taking a Sydney city tour and learning about the city’s long history.

8. Arnhem Land
At the end of this list is another location in Australia’s Northern Territory. If you want to truly experience the Australian wilderness, Arnhem Land should be on your travel itinerary. The region is rich in history, and most of its inhabitants are the Aboriginal Yolngu people. Seeing untamed landscapes, visiting beaches and islands, going fishing and diving, enjoying a cruise, and going on a hunting tour are some activities to look forward to.

Conclusion
As you can see, Australia is a beautiful and diverse travel destination, with ripe attractions for every type of tourist. From wild landscapes and natural formations to modern cities, the country offers much to do and explore. Out of everything there is to see in Australia, the eight regions listed here are among the best. For an amazing journey through Australia, consider these destinations as part of your travel plans.