The Olympics comes to an end after 16 days and 109 events. However, those weeks were pretty exciting, with so many incredible athletes showing off their skills.

Were you also aware of the other Olympic event happening side-by-side that didn’t require any physical activity? Well, now you do; it was TikTok. It became the breakout media platform for this year’s Olympic games.

Olympic athletes used to be household names. That’s because, for almost a century, NBC has exclusively aired Olympic games that you can only watch on television.

Then TikTok came along and changed everything. Now it’s not just your parents who can watch the Olympics – anyone with internet access can join in on the fun.

During the games, NBC sports group’s President of advertising sales and partnerships said content needs to be provided across multiple platforms to reach the widest audience. It was an attempt to keep viewers engaged by consistently producing content. As the games progressed, more content led to more consumption. After all, everyone loves the Olympics.

Hopes were high before the closing ceremony, and we have to say that TikTok certainly delivered. Due to an uptick in streaming video consumption and social media, broadcast ratings plummeted.

Why Does It Matter?

TikTok had all the excitement of the Olympics, with none of the wait time.

If you wanted to watch lightning-speed curling or a triple-axle twisting flip, you’re just a click away. Plus, every single video remains available on the platform for viewers worldwide. So imagine the hype it garnered while it was happening.

It’s like the Olympics met online video – and that’s why it was the perfect fit for younger audiences who wanted to watch something fun and trendy right away. NBCU executives had made it clear before the opening ceremony that they were committed to marketing to younger audiences.

The Olympic movement is more focused than ever on connecting today’s youth with the movement and everything it stands for. Reaching a younger audience is an integral part of their strategy.

This year, it’ll reach 1.5 billion users, and nearly one-third of teens voted for TikTok as their favorite social media platform.

It is no surprise that TikTok was an obvious choice. Younger generations are savviest in tech and prefer to spend most of their time online. And due to an outburst of information, they stick to consuming content that adds value to their media.

Perhaps watching a 3-4 hour sports event isn’t the ideal use of their time; attention spans have decreased significantly, especially since most information is conveniently shrunk to bite-sized headlines.

TikTok is winning on all fronts; here are the top 3 we’ve chosen:

First, it’s more efficient than watching something on television — you don’t have to wait for anything these days. Just pull up TikTok and watch an entire curling match in less than a minute.

Second, it’s easier than using other media – you don’t need a TV or radio to find and watch videos. Just a few taps and you’re done. You can watch any video that catches your eye.

Many providers in the U.S. offer incredible internet deals through which you can stream for hours without interruption. The Winter Games have so far been the most-watched ever, so you don’t want to miss out. Call Smithville telephone for the best Fiber and Copper internet plans.

On average, fewer than half of the 12.3 million nightly viewers who watched the Games on TV and streaming were there four years ago.

Over 30 advertisers signed up to test ad measurements during the Olympics and Super Bowl.

However, there’s probably no reason to panic, even if traditional numbers decline because of consumer trends shifting rampantly. Companies have to keep up to survive.

And we finally rest our case, TikTok proved to be a viable and valuable source. Given how fragile the US media environment is, it makes sense that platforms like Tiktok are making waves and stealing the spotlight.

On the plus side, you can access more content than ever before; whether it’s watching the Olympic reels or streaming videos, TikTok has it all. 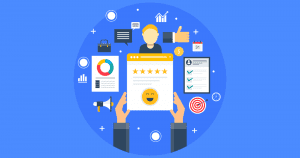 ORM: Why Should Your Business Definitely Embrace It?